Remember your childhood diary? That worn, tattered book was a veritable surplus of embarrassing adolescent thoughts: “juicy” secrets, way-too-detailed accounts of every encounter you had with your seventh-grade crush (just me?), angsty poems and other cringe-inducing content. But chances are, you still have it somewhere—and Mortified: Baltimore wants you to fish it out and read from it in public.

The storytelling series, which puts on shows around the world, is unique: Brave souls work with producers to put together 10-minute pieces, consisting almost entirely of writing done before age 21. From youthful poetry to angsty teenage diary entries, the writing tells the story of its now-adult author—to hilarious (and sometimes surprisingly moving) effect.

And if that sounds absolutely excruciating, well, that’s the point.

“I think when things are cringe-worthy or embarrassing, people relate to that more,” says Alex Hewett, a producer of the show. “Everyone feels uncomfortable and awkward, no matter what age they are. I think there’s something really wonderful about being able to laugh about it together. It’s a very communal experience.”

Hewett is eager to envelop Baltimore even more intimately into that experience. Though Mortified has been doing shows locally for about a year, many performers (and even audience members) hail from D.C.—and while Hewett loves the cultural exchange between the nearby cities, she’s working hard to bring Baltimore voices to the shame game.

“We had a tough year last year, and I think the national image of Baltimore isn’t what we really are,” she says.  “I’ve never met so many smart, creative, quirky weird, beautiful people in my life as I did here.”

Hewett’s efforts are working: The Sept. 24 show hosted Baltimore author Rafael Alvarez and Douglas Mowbry, a Master’s student at UB, and on October 27, a Mortified show at Chesapeake Shakespeare Company will be filmed for the new Mortified mini-series.

Want to get involved? Go online and register for a screening session—not an audition, as Hewett was quick to point out, because the producers “want crap”—then bring all of your old writing and get ready to be mortified…and maybe a little surprised.

“I was terrified my first time [sharing my writing],” she says. “I came with a friend the day before my screening session, and I was reading it to her I realized it was all boys, boys, boys. You know, ‘I’m in love. I hate him. I’m in love.’ But when I was younger, my mother was very ill and my dad was taking care of her most of the time—and I realized that boys were my ‘I want somebody to love me!’ [call]. A lot of stuff came up, emotionally, because of that. I even cried a little.”

(In fact, each piece Hewett worked on proved revelatory. In another, she reads from a family-themed ‘zine she created featuring an advice column, as well as poetry with consistent themes of expressing oneself and talking about feelings with friends. She even had a Peanuts lunchbox featuring Lucy’s “Psychiatric Help” sign—all early indicators of her eventual career in psychology.)

“It’s embarrassing, but there’s a freedom about that. Chances are, most people will relate to you. That’s how we connect with each other—with our stories.”

See photos from the Sept. 24 show below, then check Mortified out on Facebook. 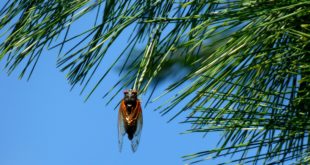 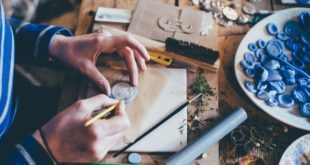 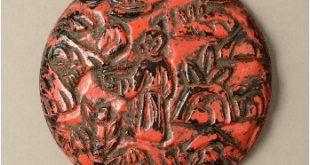