Dance: Cirque Zuma Zuma
Fans of “America’s Got Talent” may remember the dynamic Cirque Zuma Zuma from the show’s sixth season. But even if you’ve never seen them on the silver screen, the performance from the African-style circus (often referred to as “African Cirque du Soleil,” though the pair aren’t officially affiliated) is well worth the trip to Annapolis’ Maryland Hall. Backed by live music, the Zuma Zuma squad puts on “an action‐packed show of pole and aerial acts, Egyptian limbo dances, South African gumboot dances, Gabonese tumbling, and South African contortionist feats.”
$25-$30. Feb. 15 at Maryland Hall.

Event: Champions of Magic
Five unbelievable British magic acts, each presenting a different brand of magic from illusion to mind-reading, take the stage.
Feb. 15-18 at the Hippodrome.

Music: Frozen Harbor Music Festival
The temps may be dropping by the day, but the Baltimore music scene is heating up in anticipation of the Frozen Harbor Music Festival. Swap your flannel jammies and hot chocolate for something a little stronger at the 21+ two-day festival, which features a line-up of 160 acts spread throughout 10 different venues around downtown Baltimore. If that’s not good enough to give you chills, what will?
Feb.16-18, Power Plant Live!. $80-$100.

Comedy: Steve Martin and Martin Short
See the pair of Martins in “An Evening You Will Forget For The Rest of Your Life,” alongside Steep Canyon Rangers and Jeff Babko. The night will include comedy, music, conversations and more.
8 p.m. at the Lyric.

Music: Cher
Take a trip back to the groovy days, when everything was all peace signs, flared pants and rose-colored glasses … or maybe the bad-fashion, great-hair days of the ’80s, or the grungetastic ’90s, or even the thin-eyebrowed ’90s. That’s right: Cher, the Goddess of Pop herself, is coming to National Harbor. See her perform all of her decade-spanning hits as she hits the stage for a six-day run this February. Don’t worry — she’s got you, babe.
Feb. 17-25, MGM Casino National Harbor. $109-$645+.

Art: Shiny Happy Things Workshop
Do you love the shiny tree (officially known as the “Universal Tree of Life”) outside of the American Visionary Art Museum as much as we do? Make your own glittering, gleaming creation with help from the artist who created the tree at AVAM’s Shiny Happy Things Workshop with Bob Benson. During the workshop, participants can combine “marbles and mirrors and such” for a gorgeous piece that will turn any home into an art display.
Feb. 17, American Visionary Art Museum.

Culture: Lunar New Year
Join the Walters in celebrating the coming of The Year of the Dog with art activities, the Baltimore Chinese School and performances from traditional dance troupes.
Free. 11-4 p.m. at the Walters. 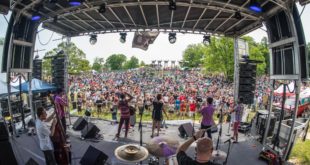 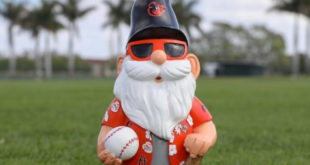 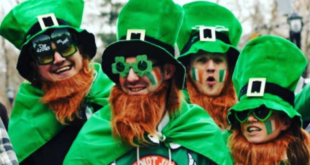