Comedy: Chris Rock
Enjoy an evening of comedy royalty at Chris Rock: Total Blackout Tour. The unapologetic, inventive winner of four Emmy Awards and three Grammy Awards is a comedy wildcard, never backing down from controversy (even when it makes his audience a little uncomfortable). The result? An unpredictable, laugh-til-your-stomach-hurts experience.
Oct. 18-21 at The Theater at MGM National Harbor. Tickets: $136-395.
Theater: Shakespeare in Love
What could be more romantic than the Bard? The Bard in love. Enjoy this adaptation by Lee Hall  from the well-loved screenplay by Marc Norman and Tom Stoppard about Shakespeare’s (possible) love life.
Oct. 19-Nov. 26 at Center Stage. Tickets: $20-$49.
Festival: Hallowread
Hallowread, a convention celebrating fiction of the paranormal, urban fantasy, and steampunk variety, returns for its fifth year. Bookworms and horror fans meet for this spooky series of writing workshops, ghost tours, author panels,  paranormal investigations, and book signings. Held in historic and possibly haunted  Ellicott City, the fest isn’t all fun and fangs; it also aims to raise funds for both The Maryland Book Bank and the continued flood recovery efforts for its host city. An all-access ticket  will grant you access to every program in the two-day event, so geek out for the greater good — just in time for Halloween.
Oct. 20-21 at the Roger Carter Community Center.  Tickets: $15 -65. hallowread.com
Theater: 1984
You’ve read the book. You’ve seen the movie. Now catch the 1984 play at Maryland Ensemble Theatre. Known for its provocative representations of violence and totalitarianism, 1984 tracks the journey of everyman Winston Smith through a war-ravaged, strictly regimented dystopia, where free thinking is seen as a liability to the oppressive but unstable government. Through Winston’s relationship with fellow citizen Julia, the story investigates love and humanity against a backdrop of hopelessness and universal distrust. Adapted by Michael Gene Sullivan, this version of the story is sure to be as striking, poignant, and thought-provoking as ever.
Oct. 20 through Nov. 12 at Maryland Ensemble Theatre. Tickets $20.
Dance: Romeo and Juliet
But soft! This season, the Ballet Theatre of Maryland presents the ultimate pas de deux: Romeo and Juliet, adapted for ballet by 20th century Russian composer Sergei Profokiev. Watch as the talented troupe plies its way through the tragic masterpiece, melding dance and literature into one seriously star-crossed show.
Oct. 20-22 at The Maryland  Hall for the Creative Arts. Tickets: TBA.  balletmaryland.org
Home: Home and Garden Show
Want to give your house (or backyard) a makeover? Check out the Home and Garden show, with tons of vendors and experts on hand to guide you through your next big project.
Oct. 20-22 at the Maryland State Fairgrounds. Tickets: $9.

Event: On Your Marc
See TV icon Marc Summers present a documentary about his life and career, accompanied by guest Pat Sajak.
8:30 p.m. at The Gordon Center. 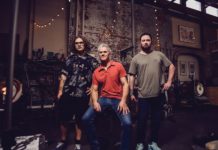