This past April, two weeks before Maryland’s primary election, and, not incidentally, before the one-year anniversary of the explosive civic unrest that rocked Baltimore in the wake of the death of Freddie Gray while in police custody, Catherine Pugh and other Democratic candidates running for mayor participated in a final televised debate, discussing, among other issues, how to improve the city’s distressingly negative image in the national consciousness. Pugh’s plan: Convene “all the marketing experts” to trumpet the virtues of Baltimore.

After winning the Democratic primary, Pugh can safely claim the title of the city’s next mayor, although she must soldier on in campaign mode until her coronation after November’s general election. With that in mind, her website amplifies her solution to de-uglify the city’s image:

“Create a comprehensive campaign to market Baltimore” and “Celebrate, Celebrate, Celebrate the greatness that is Baltimore and share with the world, i.e. ArtScape, Crabs, Music, Diversity, neighborhoods, etc.” (selective capitalization courtesy of the candidate’s brain trust).

In the past, this approach has routinely produced only a series of saccharine slogans, some of which have been slapped onto benches at MTA bus stops: “Charm City,” “Baltimore Is Best,” “The City That Reads,” “Believe,” “The Greatest City in America,” the ridiculous (and costly: reportedly $500,000) “Baltimore—Get In On It” and, most recently, “Baltimore: Birthplace of The Star-Spangled Banner,” a mouthful that would require a really, really wide bench to accommodate its length.

Joe Rubino and Meryam Bouadjemi, with support from the Straus Foundation, a Baltimore-based philanthropy, have conjured a smarter, less expensive and, arguably, more effective way to show the city to its best advantage: spotlight its residents. No marketing experts, no slogans, no crabs. In July 2015, Rubino, a photographer, and Bouadjemi, who runs what she terms the “impact media firm” Jean Hill Studios, launched Close Up Baltimore. Each weekday, a different Baltimorean shared a personal memory, experience or observation with Rubino, who recorded each participant’s “story” and made their portrait, then posted the result on the project’s Facebook page. Almost all of the participants’ first-person accounts were told anonymously. Rubino cast a wide demographic net regarding age, race, neighborhood and socioeconomic status: the ex-soldier with post traumatic stress disorder who finds solace walking the trails in Druid Hill Park; the woman who forsook her career as an attorney to establish a nonprofit that helps people through the use of art; the former chef whose cervical cancer forced her to sell everything to cover health care bills, and who wound up on the streets with her 3-year-old son; the man who made the difficult decision to begin identifying as a woman; and even Catherine Pugh (cue “The Twilight Zone” theme music), although she remained nameless, recalling trips to the public library as a little girl.

Together, the stories created a nuanced, intricate depiction of the city.

“Close Up Baltimore was started to, in essence, reshape the narrative of Baltimore through daily stories of individuals that live, strive and struggle here,” explains Bouadjemi. “I was, like I imagine most Baltimoreans were, very frustrated by the way that the city was being portrayed in the national media [after 2015’s unrest]. It was incredibly myopic and damaging, and did not reflect the values and the reasons why we love and support this city.”

The project set out with “tempered ambitions,” adds Bouadjemi, 27, who serves as Close Up Baltimore’s creative director: post 200 of Rubino’s portraits/stories on Facebook and then call it quits. But when the first entries engendered an outpouring of interest—not just locally, but from people in “Bangladesh to Berkeley to Berlin,” as Bouadjemi notes—the pair re-strategized.

“Early on, we realized that if we were claiming to be shaping a narrative of Baltimore that was authentic, it wasn’t enough to have a single perspective,” she says. “We wanted to democratize the platform, knowing that the voice behind the lens was as important as the voice in front of it.”

That meant bringing in new photographers. This past April, Close Up Baltimore (CUB) issued a call for submissions, generating more than 100 responses. From among those, a panel of jurors selected 11—like CUB’s subjects, a remarkably heterogeneous group—to continue the project once Rubino completed his 200 portraits. Each photographer receives a $750 stipend to produce 15 stories about various Baltimore communities, with funding provided by the Straus Foundation.

The new work has been rolling out since May 31 in a round-robin format: five stories from one photographer over one week, followed by five by another photographer and so on, until all 11 have posted their inaugural batch; then the process will repeat twice, so that, ultimately, 165 stories will be told over 33 weeks. In addition to appearing on Facebook, they can be viewed on Twitter and Instagram. (Rubino no longer contributes but has stayed on as an advisor.)

Some photographers are defining community by surveying their own neighborhood; others are profiling people in a specific group that resonates personally for them. For example, veteran Baltimore photojournalist Jennifer Bishop chose to concentrate on—but not necessarily limit herself to—the individuals with whom she regularly interacts in connection with her developmentally disabled son.

“I decided to focus on the community of diverse people who surround me, because of my son who was born with significant disabilities,” explains Bishop, 59. “I rely on many of these people in intimate ways, so photographing them was more of a challenge for me than photographing strangers. This project gives me an excuse to be nosy, work at conversations and try to capture a vivid glimpse of what people are—the different ways they live but the similar feelings we share. We’re more alike than it seems.”

Meanwhile, portraitist Glenford Nunez has decided to use the CUB forum to confront stereotypes of black men. “I thought it would be a great opportunity to show images from a different perspective,” says Nunez, 29. “There are two sides of Baltimore that are often perpetuated: the gentrified white person from Wyoming’s ‘Baltimore is great, and I love it because it’s so raw’ perspective; and the drug-and-violent—a.k.a. ‘black’—view of the Baltimore native. What about all of the people in between? I wanted to capture those people.”

Plans call for an exhibition of the ongoing work, and, once this “class” of photographers has “graduated,” so to speak, for a new one to begin presenting its images.

“I want to continue to democratize the platform,” notes Bouadjemi. “There’s over 600,000 people in this city, and we believe that everybody has an important story to tell. And so if it’s up to us, we’ll be out there telling stories as long as there are stories to tell.” 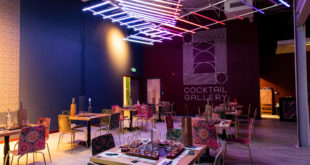 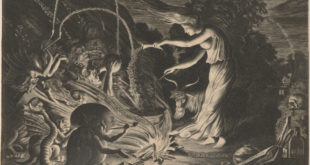 The BMA Honors 400 Years of Formidable Women in Upcoming Exhibit 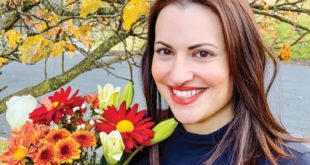 Finding Your Identity Through Writing