Good Business Savvy social entrepreneurs work inside and outside the system to shape Baltimore for the better.

Miss Jackie walks into her local coffee shop and doesn’t buy coffee. Not that she could even if she wanted to—this shop gives away its coffee. A senior citizen and 40-yearresident of Ridgely’s Delight, a cozy neighborhood nestled near Camden Yards, she has stopped by Community Blend to buy a membership, chat a bit and pick up her complimentary T-shirts.

“We don’t sell anything here except memberships,” says Elizabeth Mount, the executive director of the nonprofit Downtown Baltimore Family Alliance (DBFA) and that day’s person in charge of making coffee. (In fact, DBFA general memberships are free, but you can buy a contributing membership.)

“Forty years ago I bought one of those dollar houses,” says Miss Jackie, referring to then-Mayor William Donald Schaefer’s legendary dollar rowhouse homesteading program, a grassroots approach credited with revitalizing blighted Baltimore neighborhoods. She often visits the coffee shop, because it’s part of the neighborhood’s fabric, bringing together residents in a way that almost seems quaint—in person, in an actual brick-and-mortar establishment. This is where neighbors come to meet each other and learn about local schools, current police initiatives or even how to do crafting projects involving children and gobs of feathers.

“Community Blend provides the community with a go-to home for family and community events, including playgroups, game nights and parents’ happy hours,” says Jennifer Hammitt, a resident of Ridgely’s Delight who frequently avails herself of the coffee shop’s offerings.

Meanwhile, over in East Baltimore, a work crew is earning a living wage and getting on-the-job training in the deconstruction industry. The crew is employed by Details Deconstruction, which offers an alternative to demolition; the company takes apart tear-downs, harvesting materials like high-quality Baltimore bricks and 130-year-old lumber, then selling the materials to finance equipment and more training. The best part? For every one job created by a typical demolition project, Details Deconstruction creates between six and eight.

Overseen by Humanim, the East Baltimore-based nonprofit “social impact” organization, Details Deconstruction trains and employs people who have trouble finding work. More than 70 percent of them are formerly incarcerated. One employee, Bernadette Buckson, put in 33 job applications before finding a position with Details Deconstruction, which she learned about through Turnaround Tuesday, the East Baltimore jobs movement, and her local church. She’s earned promotions and paid time off, and she has employer-provided health benefits and life insurance. A few crewmembers have even managed to become first-time Baltimore City homeowners in middle age.

“We’re all about keeping it in the city,” says Cindy Plavier-Truitt, chief business officer at Humanim. “This is a great springboard. We create jobs.”

That depends on who you ask—the answer can be ambiguous, even amorphous. “It’s a business that uses market forces to create a positive social impact,” says Plavier-Truitt.

For DBFA’s Mount, “Social enterprise brings people together around a common cause.” More broadly: “Anyone who’s creating something to help the community is a social entrepreneur,” says Darius Graham, who supervises 10 team projects through the Social Innovation Lab at Johns Hopkins University. “You have an idea, and you apply it to an issue.”

As examples, consider two of the lab’s initiatives. Fusiform is a software company composed of Hopkins engineering students that is revolutionizing the way orthotics are made by using 3D printing to cut down on waste and create products more cheaply (making them more accessible in developing nations). At the other end of the technology spectrum, Hero Lab offers a program to help students at two city public schools—City Springs Elementary and Middle and the K-through-8 Henderson-Hopkins —develop resilience and grit. The program takes place during the school day as part of the curriculum, so that all students—not only the ones in after-school programs—can participate.

“Making a profit is not our primary goal,” explains Graham, “but we do emphasize thinking about how to generate revenue beyond grants and donations.” As a mentor to the teams he oversees, Graham helps them think about how to attain sustainability. “The road map for social enterprises is different; it’s not as clear as it is for for-profit businesses.”

Each of the four social enterprises housed under Humanim—Details Deconstruction, City Seeds, iScan and Harbor City Services —operates as a nonprofit 501c3 organization, but boasts a detailed business plan outlining how and when they ramp up to become self-sustaining. “Our goal,” says Humanim’s Plavier-Truitt, “is to self-fund the training we provide.”

The same approach applies to DBFA’s Community Blend, which is less concerned with revenue generation than it is with developing meaningful partnerships. Ideally, these partnerships will be elastic and transformative. For instance, parents and teachers might partner to offer a new program in a school, or neighbors and police officers might partner on a neighborhood project—the more individual neighborhood players involved in pushing for change, the better. In other words, people have the power—and can be worth as much as any bureaucratic entity.

“Look, I’m a dyed-in-the-wool policy person,” says DBFA’s Mount. “I believe in change through policy. But I also know that the status quo is really good at protecting itself, and I know that systemwide change can only come from people pressuring the system to change.”

Her hope is that DBFA and Community Blend will engage people daily and feel like home. She’s inspired by the story of Ben’s Chili Bowl, the Washington, D.C., restaurant where police, firefighters, activists and protesters gathered during the 1968 riots that followed the assassination of Martin Luther King Jr.

DBFA recently hired Domonique Morris as its coordinator for outreach and marketing. Twenty-eight years old and a graduate of Baltimore City public schools, Morris builds DBFA’s member, volunteer and donor base, and has advocated in Annapolis in support of city schools—and has brought back those efforts to the Ridgely’s Delight community.

Darius Graham is another fan of coordinated interaction, especially since he’s seen it work so well in Hopkins’ Social Innovation Lab (SIL), which provides meeting space at Impact Hub on North Avenue for all 10 of its project teams, a bit of funding, weekly mentoring sessions for each team and monthly sessions in which all of the teams gather and share their updates and challenges.

With Graham’s help, the teams work on business plans and marketing, connect with experts and identify milestones such as a five-year strategic plan and building a board of directors.

“It’s kind of magical to watch,” says Graham of the monthly gatherings. Without much prodding from him, the teams pool information and make connections. “I would say it’s serendipitous,” he says, “and this may be why I enjoy working with a cohort so much.”

One of the SIL teams is Access HEARS (Hearing Equality through Accessible Research & Solutions), which addresses hearing loss in low-income adults. For many of the hearing-impaired, acquiring a hearing aid can take six months, five doctor visits and up to $5,000—impossible barriers for many adults in the city. But Access HEARS forged novel collaborations among doctors, community health workers and family members to create a system that can provide personal sound amplifier products (PSAPs) in two weeks for $200; the PSAPs don’t have the full spectrum of hearing aids, but they accomplish much the same purpose.

“Our projects span the range of technical savvy,” says Graham. “But they’re all innovative, and they all do something novel.”

Mentorship and collaboration are key at Humanim as well. Because Humanim is, as Plavier-Truitt puts it, the “mothership” for its four social enterprises, it’s able to provide infrastructure support that might be too expensive for a small organization like Details Deconstruction to secure on its own. Human resources, payroll, taxes, professional development services—it’s all handled centrally by the umbrella organization, leaving more time for the smaller ones to do what they do best.

“We have a really low recidivism rate,” she adds, stating that the rate at which Details Deconstruction employees return to prison is around 5 percent. (By comparison, Baltimore City’s rate of return to prison within three years of release was about 40 percent in 2012—the most recent figures available—a drop from 51 percent in 2000.) “Once people are connected to work, recidivism drops.”

The Details crews don’t just deconstruct buildings in Baltimore City; they work on habitable residential properties as well. Some jobs have taken employees to sites on the Eastern Shore and to Delaware, Massachusetts, New Jersey and New York. “A lot of people on the crew we sent to Delaware had never been outside of Baltimore,” says Plavier-Truitt. “We get feedback from our employees that their jobs have provided eye-opening experiences. Our ultimate success is people with steady jobs and career upgrades.”

Life upgrades, too. Bernadette Buckson exemplifies social entrepreneurship’s power on a human level. “I had applied at 32 places and got turned down every time,” she recalls. “Then I got an interview with Details and they hired me. A couple months after I got hired, my daughter called me and said, ‘I love you.’ I said, ‘I love you, too.’ She said, ‘No, I really love you.’  She was proud of me.”

Next Prev
Next Prev

This article appears in the August 2016 issue of STYLE. 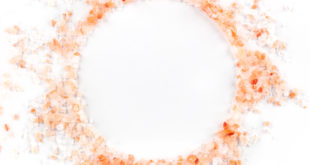 Serenity Amid the Salt Explore the health benefits of salt therapy 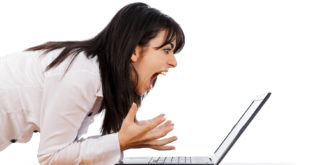 It’s All the Rage 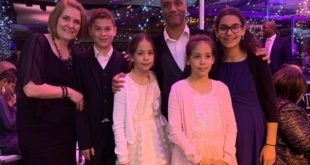