Full Bloom On the Upperco land of her childhood, Carol Warner has become an iris and peony expert.

For Carol Warner, owner of Draycott Gardens, the adage “bloom where you’re planted” literally rings true. On 10 acres given to her by her parents—part of the Upperco farm where she was raised—Warner has developed a series of outstanding gardens featuring irises, multiple varieties of which she sells via her nationally renowned nursery.

“This was a field originally used for corn,” explains Warner, 72, walking up a sunny slope to her 1970 stone house, which she and her late husband, Andrew Warner, built, and where she and her current husband, David Bollinger, now live.

Draycott lives up to its British origin, connoting a “peaceful retreat.” It is also the name of the English village where her late husband’s ancestors lived before coming to America in the late 1600s.

Originally, the wood’s edge of the property was covered in poison ivy and honeysuckle, which Warner cleared first. When, in the early 1970s, a garden club friend gave her some irises—the old-fashioned bearded variety with thick stems, wide leaves and a fuzzy beard on three lower petals—she started a bed beside the her driveway. “I dug the bed using a pick, because the soil was so full of rocks,” she recalls. “They [the irises] took off, and the next year I had not just lavender, but a colorful mixture of purple with white, yellow and all white.”

Then, in 1976, her garden club toured a property whose owners were members of the Francis Scott Key Iris Society. Warner fell in love with their Siberian irises and bought a few of this non-bearded variety that grows on slender stems with delicate foliage resembling ornamental grass. “They bloom later and look fabulous with herbaceous peonies that bloom at about the same time,” says Warner.

Soon after that first purchase, Warner joined the iris society, but explained to its members that she had two small children and wouldn’t be able to do much. Turns out, she has rarely missed a meeting over the past 50 years and has been the group’s president four times. Her local involvement led to regional and national roles, with Warner serving as president of two sections of the American Iris Society, for which she has judged and taught judging classes. She also has taught judging irises and peonies for the Garden Club of America and lectured all over the country and as far away as New Zealand. “Irises have changed my life,” she says. “They’ve taken me places I never would have gone otherwise.”

At home, she grows 800 different iris varieties in clumps in sunny beds, perennial borders and the formal garden behind her house. She also dedicates an acre to raising them. “I grow introductions from many different hybridizers,” Warner notes, including the new Iris pseudada, a cross between the yellow water iris (now considered invasive, so no longer sold at nurseries) and a Japanese iris, Iris ensata. “Because this hybrid is sterile,” she says, “it’s not an invasive.”

Right now, her big project is taking care of 100 different “guest” Siberian irises sent by hybridizers for the 2018 Society for Siberian Irises national convention, which will be held in Baltimore. “The hybridizers have sent their newest introductions as well as seedlings under consideration for introduction,” she says. After the convention, she hopes “to keep one piece of each, grow them and sell them on my website.” She has been selling irises since 1991, when Draycott Gardens first began showing its varieties at that year’s American Iris Society national convention. Shortly thereafter, she went into the mail-order business with a catalog. Now a robust online business sells to individual clients, nurseries and even to the venerable Missouri Botanical Gardens. (Draycott is not open for retail sales.)

While she does not sell them, Warner also grows about 150 different varieties of peonies: tree peonies, herbaceous peonies and a cross between the two, Itoh peonies. “Peonies are a great long-lived perennial,” she says. “Once you plant them, you just leave them. Nothing eats them: no deer, no rabbits, no bugs.”

Without formal instruction—save a handful of botany classes in college—Warner has developed a thorough knowledge of horticulture through her garden clubs, iris societies, the Horticultural Society of Maryland and working her own land. She designed and planted Draycott without professional designers or full-time help. With fine specimen trees, the dozen perennial-filled gardens around her house are anchored by dwarf conifers, rhododendrons, hostas and daffodils, plus 200 different daylilies.

“It is a pleasure to go out every day,” she says, “see what’s happened here at Draycott and share my passion with others.”

Bearded irises like fairly poor, well-drained soil in full sun and are best transplanted in midsummer. They do not like competition from other plants or weeds. Because borers lay 99 percent of their eggs in the dry foliage, spent foliage should be removed in late October or early November.

Beardless irises like a more moist location and enjoy some mulch to retain moisture. They are best transplanted in the early fall, and the roots must be kept damp while transplanting.

Peonies are always planted in the fall and require a big hole refilled with good soil. They should be transplanted in September, October or November. For division, cut them apart and plant the “eyes” no more than 11/2” below the soil. 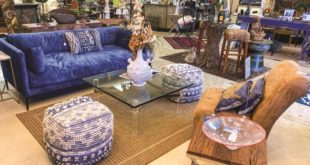 You Just Gotta Have It: Consignment Shopping 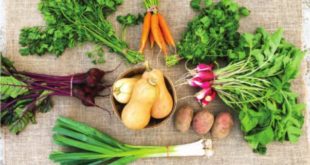