Comedy: David Sedaris
WYPR presents bestselling humorist (and literary icon) David Sedaris for a night of stories and sardonic humor at the Hippodrome. Sedaris, the author of 10 essay collections, is a frequent contributor to The New Yorker and NPR’s This American Life. His most recent collection, Theft By Finding, is a selection of his diaries from 1977-2002, home to his observations of the world around him and of his own complicated life. He’ll read from the book at the WYPR event, as well as take questions from the audience—so come prepared to ask, and of course, to laugh.
Oct. 12 at The Hippodrome Theatre. Tickets: $51-87.

Music and Dance: Cirque Goes Broadway
What could be better than a full symphony playing Broadway hit after Broadway hit? That symphony being accompanied by dancers twisting and twirling through the air. In the BSO’s four-night performance of Cirque Goes Broadway, Jack Everly conducts as acrobats and aerialists from LA-based Troupe Vertigo perform—all to the soaring sounds of Broadway’s best songs. Talk about something for everyone!
Oct. 12 at Strathmore, Oct. 13-15 at Meyerhoff.

Theater: The Woman in Black
It all starts the first time you see her. This fall, Fells Point Corner Theatre is putting on The Woman in Black, Stephen Mallatratt’s adaptation of the story by Susan Hill. This play tells the story of Arthur Kipps, a young solicitor who is increasingly haunted by disturbing visions of a woman dressed all in black. Bringing horror and fear to the main stage, this production is sure to be a spine-tingler – and best of all, it’s coming to FPCT just in time for Halloween.
Oct. 13 through Nov. 5 at Fells Point Corner Theatre. Tickets $19 -24.

Festival: Sugarloaf Crafts Festival
Don’t miss this fall’s Sugarloaf Crafts Festival, where hundreds of independent artisans gather to sell ceramics, jewelry, specialty foods and more. With vendors catering to a diverse range of interests (and budgets), the weekend-long celebration of all things crafty has something for everyone, as well as technique demonstrations and workshops, entertainment from local jazz and folk musicians and more.
October 13-15 at Timonium Fairgrounds. Tickets $8 in advance/$10 at door.

Film: STEP
Bloomberg Philanthropies and Tribeca Film Festival host a free screening of STEP, the critically acclaimed documentary about a high school step team in Baltimore. The screening will include an introduction from director Amanda Lipitz and a performance from the Lethal Ladies, the step team at the center of the film.
6: 30 p.m. at the UA House.

Art: Walters Gala
Pull out your best formal attire and head downtown, because you are cordially invited to The Walters Gala and Party . Located on North Charles Street, one of Baltimore’s most historic and artistic neighborhoods, this is an event you don’t want to miss. Observing the artwork is great, but enjoying a night among them is even better. You’ll have the opportunity to drink cocktails on the Sculpture Court and enjoy a three-course meal surrounded by some of the world’s most famous paintings, followed by music and mingling with friends. Proceeds go toward continued funding for the Walters’ education,  exhibition programming and free admission.
Oct.14 at 6 p.m., The Walters Art Museum. Tickets $500.

Festival: Westminster Oyster Stroll
As the saying goes, “The world is your oyster.” At the Downtown Westminster Oyster Stroll, those words come to life with offerings of live music, community activities and, of course, the delectable bivalves themselves. While you enjoy local oysters from Maryland and Virginia, take a minute to pat yourself on the back for supporting the Coastal Conservation Association Living Reef Action Campaign. The CCA is hard at work bringing wild oysters back into the Chesapeake Bay, all while informing the public about the wonderful ecological benefits oysters provide to our water.
Oct. 14, 12-5 p.m., in Downtown Westminster. Free.

Music: National Philharmonic Season Opening
Sit back and take in the magical sounds of the National Philharmonic in The Star-Studded Season Opening, featuring renowned violinist Sarah Chang and three-time Grammy winner cellist Zuill Bailey performing Bruch’s Violin Concerto No. 1 and Dvořák’s Cello Concerto in B minor, respectively. (Founder and artistic director Piotr Gajewski conducts.) Opening weekend will include a special Member Encore Q&A after each show, as well as a chance to “meet the instruments” before Sunday’s performance.
Oct. 14-15 at The Music Center at Strathmore. Tickets: $24-$73.

Art: Nijdeka Akunyili
Take a trip into pseudo-realism with Njideka Akunyili Crosby’s Front Room show, a series of paintings about her move to the United States from Nigeria.
On show Oct. 15-March 2018 at the Baltimore Museum of Art. Free. 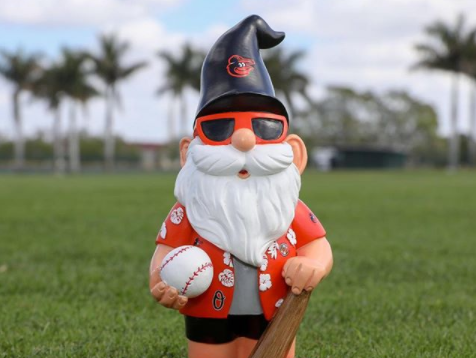