Six-Year Fix A Baltimore artist transforms a townhouse into the home of his vivid dreams. When Baltimore artist Lat Naylor purchased a rowhouse in the middle of Bolton Hill, he had no idea he was about to start an extensive six-year project. Now, the immense home he shares with his wife, Barbara, and their two young sons—the five-story, two-bathroom, single-family home—is one of his greatest creations.

The 4,200-square foot property—originally an 1880 post-Civil War spec house—was transformed into a rooming house in the 1920s and, later, a collection of small apartments. In the 1980s and ’90s, it was known as a MICA party house.

“It was completely trashed when I bought it,” Naylor says, pointing to the now-beautiful walls and ceilings featuring original exposed brick and beams.

The top two floors were completely vacant, a tenant occupied the main two floors and the basement housed MICA students in two small apartments—one of which was painted black, floor to ceiling.

From 2002 to 2004, Naylor gutted the place—plumbing, electrical, bathrooms— everything came out.

“The house was falling down in the middle,” Naylor explains. Over the years, the beams supporting the length of the house were cut to add plumbing for additional bathrooms.

This caused the house to settle to the back, leaving a large crack that ran from the sub-basement all the way up to the top floor, where it was a foot wide.

“It’s sort of amazing that it was still standing. It’s a testament to how things were built.”

In 2004, he began working on the house full-time until the remodel was completed three years later.

The main floor features a gallery of Naylor’s work and has been the setting for various art events over the years. Now it is the setting for play dates, playful wrestling between the family’s two mastiffs and Naylor’s beautiful pine and mahogany sculpture.

This sculptural piece features alternating rows of pine and mahogany, reminiscent of the house’s original “fancy” entrance hallway floor. The pine pieces are from the house, and the mahogany is from a tree on the farm where Barbara’s mom grew up in Tolono, Illinois. Each box is individually cut, assembled and stacked to create the “balanced wall.”

“The process is itself a meditation, and if the assembler—it’s always been me except for one time—isn’t in the right mind space, the wall simply won’t happen,” Naylor says.
That same motif of meditation can be seen in Naylor’s work throughout the house.

Over the course of the remodel, he came to know each brick and beam. Refinishing the walls and ceilings took 16 months, and the stairs were a team effort. He and Barbara spent weeks hand-scraping, sanding and refinishing every step.

The entire house is free of curtains, doors and closets, making it uncluttered, unhurried, inviting and warm. Stunning artwork lives throughout the space—Naylor’s as well as that of other Baltimore artists and MICA graduates.

“It’s funny, because I ended up collecting things I wouldn’t have ever thought I would. Like ceramics I didn’t know were interesting to me and then all of a sudden…” he says.
A lot of the furniture in the house comes with a story, too. There’s the mid-century chair collection slowly acquired through eBay, and pieces like the range Naylor picked up from a retired fireman in Staten Island.

“It was his wife’s and, after she died, he just couldn’t have it around.”

Then there’s the loveliness that comes from the living that’s done in the house, like the clawfoot tub the boys bathe in every night set against the backdrop of the family’s towels. The plumbing and electrical are on display rather than hidden inside a wall, illuminating the beauty of even the functional aspects of the house.

The most inspiring space, though, belongs to the couple’s 4- and 6-year-old boys. Early on, Naylor realized the roof needed to be replaced—two of the five supporting beams were cracked. A new roof meant they couldn’t replace the two original skylights, though.

“Instead, we came up with this. I think it works.”

This refers to a 45-foot skylight running across the ceiling of the boys’ room. And yes. It works. Even on a cloudy day, the light is something to behold.

“My thing is that I’ll just do stuff—I’ll just try. It was just this huge experiment …and it would be so exciting that it didn’t fall down and that it worked. It was fine with me that it took a long time.” 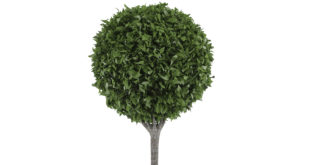 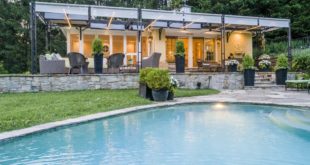 Summer Pleasures From the Pool House 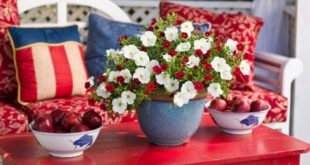 Contain It! Create the perfect container plant combinations to match your home's style 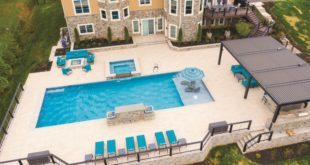