Under the Sea Some locals are living their best mermaid lives.

Good news Ariel fans: Mermaid sightings are no longer tall “tails.” Sea goddesses are living amongst us, and they’re encouraging us to dive in, too.

Like the recent and oh-so beloved unicorn trend, mermaid styles have splashed all over Pinterest boards and fashion blogs these past few years. Yet, there are locals who are going much deeper into the world of siren-hood. They’ve turned an under-the-sea aesthetic into an actual way of life — sans singing crab friends, of course (sorry, Sebastian hopefuls).

For some, mermaiding is a real career. For others, it’s a special hobby.

Baltimore resident Dorothy Fuchs, a proclaimed mermaid hobbyist, heads up to New York each year with 20 or more of her closest friends to celebrate mermaid life at the Coney Island Mermaid Parade. With more than a half-million attendees annually, it’s considered the nation’s largest art parade. The event’s website says it’s an outlandish “celebration of ancient mythology and honky-tonk rituals of the seaside.”

Fuchs and her siren tribe, who wittily call themselves the Charm City Tails, have been serving up their best underwater looks and participating in the parade for more than 10 years. They all don the same tails, Fuchs describes, designed by group founder and artist Jenny Campbell, but wear their own unique tops and accessories. Some go big, some go more modest, but all in all, they end up collectively looking like a “sea of mermaids.”

Together, these ladies know how to get into mermaid formation. “Channeling [my] inner marching band,” Fuchs says, the group not only marches in the parade, but they also do a little choreographed dance routine in front of “hundreds of thousands” cheering mermaid fans.

“I never knew what it was like to be a celebrity, but when you’re there, there are so many people taking your photos that you feel like a movie star,” Fuchs admits. Even post-parade, the paparazzi continue. “When we are done with the parade, we usually walk out into the ocean as a group and people just love to take pictures of us,” she says.

When they’re not living it up — or rather down under — at this annual Coney Island event, the Charm City Tails occasionally participate as mermaids in local events such as a recent Pride fundraiser at the Baltimore Museum of Industry.

“Sometimes we get requests to go to things, but we all do this voluntarily,” Fuchs says. As the owner of Purple Dot Public Relations, she says, “we all have real jobs. Some of us are lawyers, and some of us are teachers or graphic designers, so it’s really a fun and creative hobby for us.”

Fuchs believes that what makes mermaiding such a special hobby is that it’s all about coming together as women, supporting one another and celebrating, above all, “girl power.” Plus, she adds, “it’s really fun to be a mermaid.”

And she’s not alone in this thinking.

Society, not just locals, has loved these sea queens much longer than just in recent years, says Morgana Alba, a Mid-Atlantic-area professional mermaid and owner of Circus Siren Pod, one of the largest mermaid companies in the world.

“Mermaids have interested humans for thousands of years, and almost every culture has some kind of mermaid,” Alba says. “It’s becoming more popular now because suddenly we have technology to make it more interactive and something more than just a story in a book.”

What does she mean by this exactly? Well, technology has now allowed for the development of silicone tails, which means if you’ve ever dreamed of swimming around as a half-human, half-fish, these tails make that possible.

Alba and her Circus Siren Pod team are the real 21st-century mermaids making waves up and down the East Coast. “It’s my full-time job now,” Alba says. “When I filled out my passport application and they asked for my occupation, I put down ‘mermaid.’”

A former circus performer, Alba first tested out being a mermaid in one of her “fusion performances” in 2012. She says it was such a huge hit that she began getting tons of requests to perform solely as a mermaid. Within a few years, she decided to say goodbye to the circus world for good and hello to
the underworld.

Presently, Alba and her personally trained team are the best of the best. They do highly skilled tank and aquarium shows and have performed in 13 states and three countries. One of their most memorable shows, Alba recalls, was at the Aquarium of Niagara (New York), where they attracted one of their largest audiences to date.

“Thousands of children came out to the show, and there was even a line around the building and down the block,” Alba says. “I felt like a proud mermaid mama. It was magical to see people come out to get a chance to see a mermaid.”

Performing at this kind of level is no joke, though. It takes some serious work to commit to underwater siren-hood. Circus Siren Pod’s elite tier of employees, called the Atlantians, are required to have a lifeguarding certification and a free-diving certification and must be able to do a three-minute breath hold. And because they’re in the water, they wear silicone tails, which can weigh up to 50 pounds.

“I always tell people, especially clients, that when I’m getting into the tail, it’s not a magical or beautiful process,” Alba says. “People have this misconception that it’s going to feel amazing to be a mermaid, and while that might be true psychologically, the actual equipment is difficult.”

Alba explains that every professional silicone tail is custom-made to fit the body and is “designed to fit like a second skin” so that it stays on in the water. Getting into a tail requires a lot of water-based lubricant and sometimes takes “two or three mermaids to help another sister into her tail.”

“The bottom piece of the tail, on land, requires you to be in like a hard ballet point,” Alba says. And that “very pretty motion when you lie on your chest and flip your tail up?” That takes an incredible amount of back strength, she cautions. “It’s not something you just jump into.”

Yet, don’t be discouraged, wannabe merfolk. Alba believes that anyone can be a mermaid. You can slip into a tail, too, but it doesn’t have to be of the professional silicone variety. She recommends trying out one made with fabrics first, because it’s “lightweight and easy to take off in the water if you end up panicking.” Then, you can build up to heavier tails.

Another point to remember is that “mermaiding is a genre of performance,” she says. There are many different types of mermaids that require different skills like a birthday-party mermaid, a model mermaid or an educational mermaid.

No matter the specialty, mermaid life is all about inclusivity, and that’s what Alba believes makes it so special.

“We don’t really limit on age or gender or even ability level,” Alba explains. “So if you’ve ever thought of swimming like a mermaid or ever thought of trying on a tail and just think it sounds cool, there’s a community out there that will completely accept you with any faults and flaws you feel you may have.” 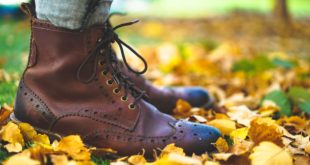 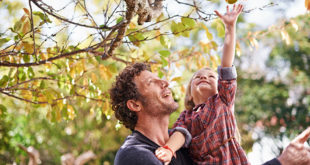