This year, there are about 50 feature films and 10 short film programs screening at the Maryland Film Festival. (Check out my fun Insider’s Guide from the May/June issue!) The moment the schedule is released, I print out the charts for each day, plop down on the floor and start circling movie titles with the care of an architect making final tweaks to a blueprint. If you’re an equally obsessive cinephile, some of the films you want to see may overlap and you’ll have to kill a few darlings—but, after years of practice, I find sticking to a plan keeps me happy (read: prevents meltdowns) between movies. Be sure to note the location of the films—everywhere from the beautiful MICA Brown Center to the Walters Art Museum (a new host this year!)—so you can plan enough travel time. And stay for the Q&A after each film.

Here’s my personal schedule (so far) for this year’s fest—running May 7-11, 2014. Hope you’ll join me for a few flicks—or visit the MFF website (mdfilmfest.com) to create your own line-up of must-see movies.

Evolution of a Criminal. A Spike Lee exec-produced documentary by Darius Clarke Monroe, who examines the life circumstances that led him to rob a bank as a young man. (4:30 p.m., MICA Gateway Building. Other date/time available.) Read more >>

The Mend. A few days in two brothers’ lives results in more than they (or perhaps the audience) bargained for in this supposedly flinch-inducing drama starring pretty-boy Josh Lucas who crashes a party to kick-start the chaos. (6:45 p.m., UB Langsdale Auditorium. Other date/time available.) Read more >>

Hellion. Still choosing between the Josh Lucas film above and this one starring Juliette Lewis (with whom I have a cinematic love/hate relationship) as the aunt to 13-year-old Jacob who is acting out after the death of a parent. As much as I want to see “The Mend” (it’s always an interesting psychological experiment for me to see films with primarily unlikable characters), there’s a strong chance this bittersweet tale will win out—especially due to the breathtaking performance promised by newcomer Josh Wilkins in the lead role. (7 p.m., MICA Brown Center)  Read more >>

Summer of Blood. Plan to put my “I’m over ‘True Blood’” rant to good use before this comedy about neurotic bloodsuckers in the Big Apple starring writer/director Tukel (of MFF 2011’s “Septien”) alongside Anna Margaret Hollyman who was the darling of last year’s fest. (I loved her in “White Reindeer” and the gorgeous short “Social Butterfly” by Baltimore expat Lauren Wolkstein.) (10 p.m., The Windup Space. Other date/time available.) Read more >>

Faults. The first feature from Riley Stern’s whose short “The Cub” was both shocking and a bit silly…in a good way…at last year’s Opening Night Shorts. Looking forward to this full-length film about a loner’s high-stakes effort to rescue a girl from a cult—which promises dark comedy, psychological thrills and drama. (1:30, MICA Brown Center. Other dates/times available.) Read more >>

Abuse of Weakness. I can’t count high enough to tell you how often I’ve thought of the film “Domain” (a mathematically inclined love story) presented by John Waters at MFF 2012. This year, he’s offering up another challenging French film—“Abuse of Weakness”—which stars Isabelle Huppert as a director who, after suffering a stroke, is victimized by a notorious con man. It was inspired by a true-life incident that happened to filmmaker Catherine Breillat, whose often sexuality-based body of work is as memorable and provocative as Waters’ himself. (7 p.m., MICA Brown Center) Read more >>

Club Sandwich. I predict Fernando Eimbcke’s sweet coming-of-age flick will be the perfect start to a long, thought-provoking day of movie-watching. Fifteen-year-old Hector and his thirty-something mother Paloma are vacationing at a sleepy resort near the beach, ordering room service and lounging by the pool. Expect awkward flirtations as a local teenage girl enters the picture—stirring up new emotions and revelations for both mother and son…and relatable laughs for the audience. (1:30 p.m., MICA Brown Center. Other date/time available.) Read more >>

Obvious Child. Can’t wait to watch SNL-vet Jenny Slate (who has also appeared on “Parks and Recreation”) pull out her improv/comedy chops in this fictional feature about a female standup comedian and the harsh-yet-tender cast of characters that surround her. MFF founder Jed Dietz says the film is directed with unflinching conviction by Gillian Robespierre to achieve a result that’s “as fresh, startling and insightful as the best work from Louis C.K. or Tig Notaro.” (4:15 p.m., MICA Brown Center) Read more >>

Ping Pong Summer. The former high school beach-tag checker in me is already, like, totally losing her mind over this an ‘80s-themed coming-of-age flick about summers spent in Ocean City, Md. In addition to the teen cast, the movie stars Hollywood heavyweight Susan Sarandon, the always “Some Kind of Wonderful” Lea Thompson and the incomparable Amy Sedaris. If only her brother David would make a movie! (7 p.m., MICA Brown Center) Read more >>

Secret Screening. This screening is so cool, it’s a secret! No, seriously, I can’t tell you anything about it. But when MFF does their infamous undisclosed movies (due to restrictions by either the filmmaker or discributor) you’re always in for a highly anticipated indie film by an emerging voice in the industry. Come experience a little shock-and-awe (the good kind!) with me and other movie buffs. (11 a.m., UB Langsdale Auditorium) Read more >>

Happy Christmas. Swoon-worthy Joe Swanberg rocked my film-fest-fan world during last year’s “Drinking Buddies” screening. (Read my homage to him here…and look for the movie On Demand.) So I’m waiting with baited breath for the bearded talent to return with this year’s “White Christmas,” in which he also stars with the adorably pitch-perfect Anna Kendrick and “Girls” creator/star Lena Dunham. (2 p.m., MICA Brown Center) Read more >>

Kukimo, The Treasure Hunter. I haven’t started watching the new TV adaptation of “Fargo” (“So you were having sex with the little fella, huh?) So please let me know in the comments section if you are—and if it’s DVR-worthy or should be fed into the wood chipper. Also, consider stopping by MFF to see this offbeat indie comedy that follows a young Japanese woman who believes her worn VHS copy of “Fargo” contains instructions to recover that film’s buried treasure. By the Zellner Brothers (David and Nathan) whose “Goliath” and “KID THING” I’ve enjoyed at previous fests. (3:45, Walters Art Museum) Read more >>

Little Accidents. Elizabeth Banks, Chloë Sevigny and Josh Lucas (yep, again!) star in this Sundance-screened drama that explores the aftermath of a coal-mining disaster on a small Appalachian town. Shot by Rachel Morrison (preciously of Fruitvale Station, which was at the top of my Oscars snubs list this year.) MFF’s closing-night films are always incredibly well-curated feats of filmmaking—and all ticket-holders are welcome to attend the closing night party in the Filmmaker’s Tent Village afterward. (7 p.m., MICA Brown Center) Read more >> 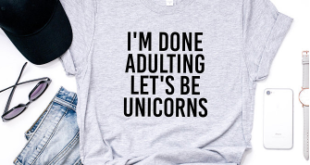 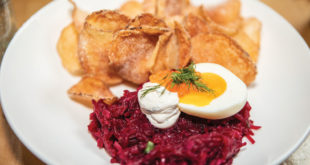 Philly Fresh For our TRAVEL ISSUE, we head north to eat