Weekend Plans 11/10-11/13 Decompress from election stress with these fun events. Reading: Katharine Noel
Katharine Noel returns to exploring complex relationships and self-discovery with her new Meantime, wherein 30-something Clare Hood deals with her stepsister’s pregnancy, her husband’s lingering relationship with his ex and her family’s own eccentric history. (Maybe you can relate.)
Free. 7 p.m. at Ivy Bookshop.

Reading: Michael Kun and Susan Mullen
The co-authors of We Are Still Tornadoes read from and discuss their work.
Free. 6 p.m. at the Ivy Bookshop.

Film: Between the Screens
The Maryland Film Festival hosts a panel discussion and fundraiser featuring filmmakers Lodge Kerrigan (Homeland, The Girlfriend Experience) and Marielle Heller (Diary of a Teenage Girl and Transparent). The panel will discuss nontraditional original programming and “the blurring lines between TV and film.”
Tickets: $40-$100. 7 p.m. at MICA Brown Center.

Comedy: Amy Schumer
Writer/actress Schumer remains unapologetic. Such is the central conceit behind her occasionally offensive—but often insightful—brand of comedy, on display most recently in her new book, The Girl With the Lower Back Tattoo. Fun(ny) fact: Schumer is a Towson U. alum, making her an automatic hit with hometown crowds. (Just don’t heckle her—the fierce feminist has proven she has no problem ejecting disruptive audience members.)
Tickets: $42-$112  at Royal Farms Arena.

Music: David Burgess
Acclaimed guitarist David Burgess, who at one time studied with the instrument’s unrivaled 20th-century master Andres Segovia, boasts a resume that brims with prestigious solo, orchestral and chamber music appearances. For this concert, he will perform alone, showcasing the works of a handful of contemporary Spanish and Latin American composers, among them Cuba’s prolific Ernesto Lecuona.
Free at Second Presbyterian Church.

Art: Ferocious Beauty
Tibetan Buddhism holds that praying to fearsome divinities protects the cosmos—and our minds—from evil spirits. Better to have those bold souls on your side.  Ferocious Beauty: Wrathful Deities from Tibet and Nepal puts on display an array of beautiful-yet-unsettling sculptures, paintings and ritual objects, many on loan from the University of Michigan’s Museum of Anthropology’s Ford Collection.
Free. Nov. 13-Apr. 16, 2017 at the Walters Art Museum. 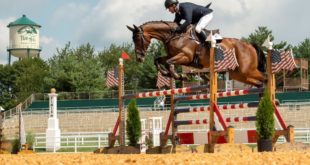 Route One Apparel Designs Merch for World-renowned Maryland 5 Star The equestrian competition is one of two in the country and one of seven in the world. 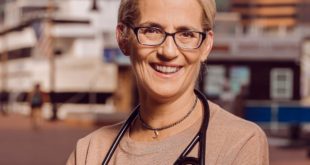 Celebrate the Arts This Fall in Baltimore