Nick Rouhana of Hampstead and his wife, Jen, wanted their children, Alexandra, 7, and Evan, 3, to be able to splash in the pool and enjoy get-togethers with family members who belong to Eagle’s Nest Country Club in north Baltimore County. In late May, the Carroll County family also joined the club.

“It’s well-rounded with different activities,” says Rouhana, 37, vice president of a sports construction business. “We love the pool, and the people are kind and nice. I love the idea of playing golf when I want to.”

“The perception is that clubs are snobby and snooty,” says Jeffrey D. Morgan, CEO of the Club Management Association of America (CMAA), a professional group for membership clubs. “The mindset is that they think of ‘Caddyshack.’”

He is referring to the 1980 comedy set at a posh country club, where actors Chevy Chase, Bill Murray and Rodney Dangerfield battle gophers, stuck-up members and more at the luxe property. But the once-staid establishments aren’t your grandfather’s leisure hangouts anymore. “It’s not just men out there playing golf,” Morgan says. “There’s a lot of focus on different generations. It’s not necessarily spendy.”

Most of the country clubs we contacted declined to discuss their initiation fees and monthly dues, citing a range of membership opportunities that vary in price structure for singles and families and that are discounted during promotions. For instance, a social membership, which includes pool and dining privileges, may be less expensive than a full golf membership, and in some cases, initiation fees are waived to attract new members.

“We need to bring in younger families,” says Tom Saathoff, general manager of Eagle’s Nest, which is run by Dallas-based ClubCorp., owner of more than 200 private clubs nationwide. “For millennials, junior executive memberships are available and are a better price point for them.”

Millennials, the demographic group born between 1981 and 1996 according to the Pew Research Center, are a target audience for clubs. “Younger members are family focused,” Morgan says. “They want child care, camps, even something as simple as corn hole.”

Those statistics spurred ClubCorp., which acquired Eagle’s Nest in 2017, to immediately begin updating the Phoenix property, which includes an 18-hole golf course, eight tennis courts and a pool. “It was dated and a little bit tired,” Saathoff says of the club, which will celebrate its 50th anniversary in 2019. “We spent $2.5 million with a big chunk on the clubhouse, dining space, the ballroom and the boardroom.”

Robin Neuman, a golfer who lives in Mays Chapel Village, joined Eagle’s Nest last spring. She was impressed with what she discovered on her first visit. “It’s a beautiful facility,” she says. “It’s not so country clubby, and the people are very friendly.”

And that’s just message country clubs want to send after years of decline. The number of clubs have dropped about 20 percent since 1990, according to a 2014 report by the National Club Association, which attributed the reduction to overbuilding, high-end daily golf fees and lifestyle changes, including competition from other sources of entertainment and dining.

But CMAA’s Morgan is optimistic about the future. “Golf courses were overbuilt, but they are stabilizing,” he says. “We’re better citizens in the community and a good steward of the land.”

Membership at Eagle’s Nest has grown by 100 members since 2017, Saathoff says. The goal by the end of the year is 425 members, which doesn’t include members’ children. Woodholme Country Club in Pikesville is also experiencing increased interest in its property, founded in 1927.

Woodholme — which has 420 primary members or 1,200 to 1,500 members if you count their families — has offered incentives to attract a new clientele, such as cutting initiation fees and decreasing monthly dues by 25 percent. It has also spruced up its facilities, which include an 18-hole golf course, 15 tennis courts and a resort-style pool with lap lanes. “We upgraded our fitness center and the health and wellness piece,” Leoni says. “We redid the restaurant and kitchen.”

To compete with Baltimore’s growing food scene, Woodholme brought in Richard Beckel, a Culinary Institute of America-trained chef who is creating seasonal offerings with quality products.

While golf was the country club’s initial draw, other programs have been introduced. “We’re focusing on millennial membership,” Leoni says. “They are not interested in a country club life. We have developed child-care programs and junior golf and tennis camps. We’re focusing on trends and what people are looking for.”

Sparrows Point Country Club in Dundalk is targeting younger members on social media with Facebook and Instagram posts and e-blasts. “We want to get millennials engaged,” say general manager Joe Roux. “The board [of directors] has a good grasp of the changing culture and what will happen if we don’t stay relevant. The focus is family centered with kids’ activities.”

One endeavor turned a private dining room into a kids’ game room with PlayStation games, Netflix and videos. Other initiatives included weekly summer camps, a mini putt-putt course and kid-centric movies on the patio in-season. For adults, the club has introduced concerts at the pool and a “nine and dine” option, where time-strapped golfers can play nine holes in one-and-a-half hours and enjoy a meal afterward.

The country club was established in 1925 by Bethlehem Steel officials near the former mill property. When the bustling steel company needed to expand in 1952, the club relocated to a 250-acre parcel overlooking scenic Bear Creek. Today, it showcases amenities like a waterfront Olympic-sized pool, an 18-hole golf course, four tennis courts (one is used for pickleball) and a 62-slip marina.

“Membership has gone up,” Roux says, citing the club’s 630 members. “We’re getting a lot of families involved.”

In recent years, the club had to rethink its strategy to stay solvent. To gain an infusion of money for additional amenities, it sold a parcel of its property for residential development. “With the funds, we are adding a fitness center, if it is approved by the county,” Roux says. The club is also looking at a way to promote the marina slips, which are used by only 20 boats. “We’re rebranding the club. We want to be known as a full-service, family-centered program.” 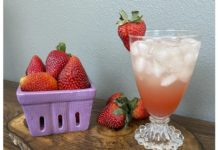 “Parties in the Springtime” with Chef John Shields and Andrea Farnum 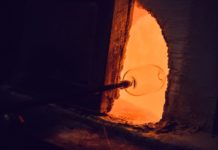 VIDEO: The Art of Glassblowing with Anthony Corradetti