Maybe it was the Camembert.

Snacking at home, Alex Gaskarth, the lead singer for pop-punk band All Time Low, couldn’t stand the thought of going back on tour without proposing to his longtime girlfriend. “I had a plan,” he said, “but it didn’t work out. So I kinda just went for it.” He popped the question over a cheese-and-charcuterie board while their dogs, a pit mix rescue and a Papillon, stood at attention nearby.

Ten years ago, at age 16, Gaskarth met his bride-to-be, Lisa Ruocco, when All Time Low played Dulaney High School’s senior barbecue. But it was Ruocco’s best friend, Samantha, who first took Gaskarth on a date.

“Over that time, Alex and I became much closer,” says Ruocco, an events planner at Union 3 Events.
“Lisa stole me from her,” jokes Gaskarth.

“Sam’s not too bummed out,” says Ruocco, whose maid of honor is none other than her still-best friend Samantha. “I arranged for us to go on a double date to a movie. After, we went to Friendly’s—you know, the stuff you do when you’re in high school.”

“I was making flirty eyes with Lisa over the table,” says Gaskarth.

Over the decade that they’ve been together, the couple confesses to doing a lot of growing up. Because of Gaskarth’s touring schedule and Lisa’s career, they were—and still are—often geographically separated.

“There was always a magnetic pull,” says Gaskarth. “We always found each other again.”

“The more growing up separately we did, the more we wanted to grow up together,” says Ruocco.

Gaskarth feels lucky that Ruocco “puts up with” his difficult travel schedule. About once a tour she’ll fly out to meet him.

“Touring is all we’ve ever known,” she says. “But we never get bored of each other.”

“There are times when I’m at wit’s end, and I’m like, ‘Oh my God, just get out here already,’ ” says Gaskarth. “But I think relationships need a little bit of tension and stress to evolve.”

Ruocco and Gaskarth both turned 28 in December and are getting married in the spring, after an engagement of about a year. They’ll be tying the knot in an old church downtown, which Alex describes as “a little bit rundown but also really charming.” Their minister will be their friend Jeff, the band’s lighting designer, who got himself ordained online for the event.

“I think we blindsided him with the request,” says Gaskarth. “But he’ll be great. I’m sure he’ll go off on a lot of tangents, but we like that.”

Copper Kitchen will be catering the affair, and Chef Kevin Miller will delight guests with an eclectic menu that reflects the couple’s lifestyle. They’ll have escargot buns modeled on those offered at Fork & Wrench, lobster ceviche like they’ve enjoyed on St. Bart, and Nagoya chicken wings like the ones the band and crew devour whenever they’re in Nagoya, Japan. And of course, there will be a cheese and charcuterie display.

“Food is hands-down the most important part of the wedding,” says Ruocco. “And Chef Kevin is a genius.”

Gaskarth wants to make sure the music is live and constant. They’ve hired Millennium, a Washington, D.C., wedding band, whose front man, Travis Tucker, was an “American Idol” finalist in 2005.

“They never stop playing,” says Gaskarth. “They rotate out, and that’s important because we never want the party to stop. I don’t think anyone will want to leave.”
“We want this wedding to celebrate all walks of life,” says Gaskarth.

Rian Dawson, the drummer for All Time Low, will be Gaskarth’s best man—it was a hard choice for Gaskarth, who considers all of his bandmates brothers. When he bought the engagement ring, they celebrated. “They were so excited,” he says. “They were ready for it.”

Ruocco will wear a dress from Israeli designer Inbal Dror, and Gaskarth will wear a bespoke tuxedo made by Christopher Schafer and his son, Seth.
“It’s not going to be a black tux,” says Ruocco. “We’re trying to find a unique color.”

What do they love most about each other?

“Lisa makes things happen,” says Gaskarth. “She puts up with my craziness in the best way. And she’s a good, giving person. She’s always the person in a group who takes care of everyone, always the one who’s reaching out, making sure everyone is in a good place.”

“What I love most about Alex,” says Lisa, “is his kindness. He exudes kindness. He’s one of the nicest, most genuine people I’ve ever met. He’s never entitled. People say to me that I must feel lucky because he’s in this famous band—and I do admire his talent and enjoy watching him play—but he’s so much more than that.”

Q&A: Thibault Manekin on His New Book, ‘Larger Than Yourself’ The Seawall Co. founder shares what he learned through his world travels 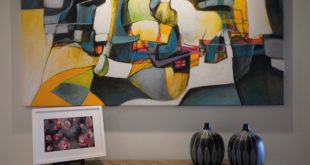 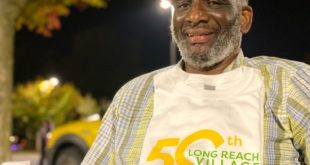